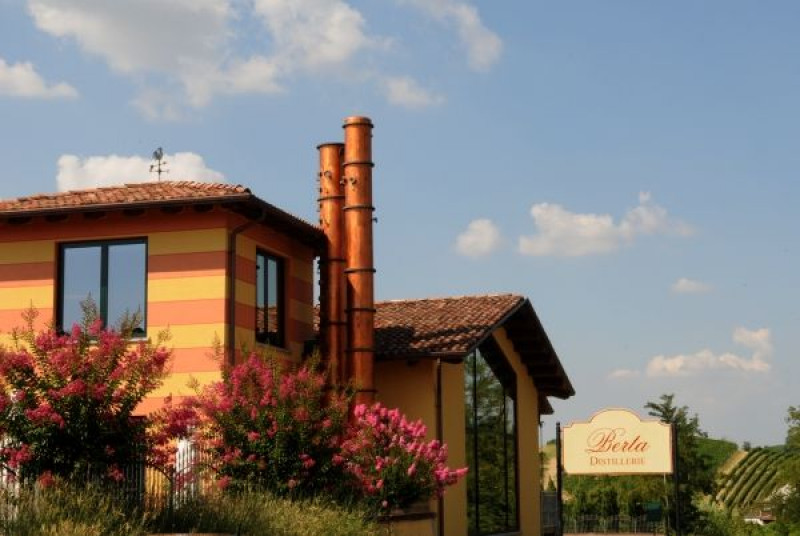 The modern state-of-the-art Roccanivo distillery owned by the Berta family at Casalotto di Mombaruzzo opened in the grape harvest of 2002, a historic vintage for this family/business and for the economic development of the Asti wine sector. Other important dates for the company/family are 1947 (construction of the first distillery in Nizza Monferrato), the 1930’s (opening of a Berta pharmacy in Milan), and July 11, 1866 (Francesco Berta’s birth in Casalotto di Mombaruzzo). At the time this boy was born, in a country known for its numerous vineyards, his destiny set in the world of wine, there existed a world entirely different from today’s. Rome was not yet the capital of Italy; the Expedition of the Thousand Soldiers led by Giuseppe Garibaldi had just concluded; Victor Emmanuel II still reigned, famous for his love for food and wine as well as for the campaign of Italian unification. As in all peasant families, Francesco Berta worked since childhood in the vineyards and cellars, and at a young age had a unique foresight, always on the lookout for opportunities to sell his wine and find new customers. As soon as he became of age, at 22, Francesco married Erminia Barbero; his son Giovanni was born in 1889; and 16 years later, another son, Michele, was born. According to rural customs of the time it was not traditional to divide property, it was up to the first-born Giovanni to continue the work of his father, while the second-born child was destined to follow a different line of work; for Michele, the family proposed a career as a pharmacist.

Where it is Berta's Distillery

A01 Nizza Monferrato and Barbera's Landscapes