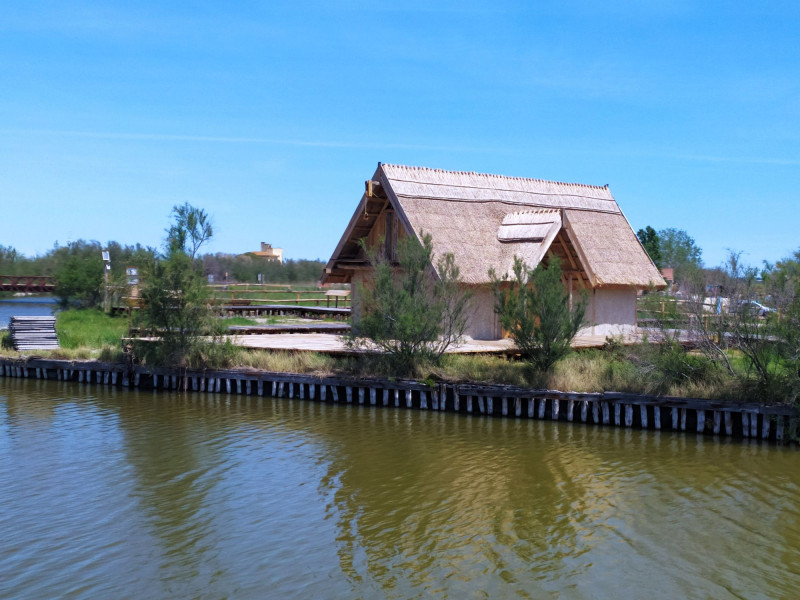 Like the Comacchio of origins, also l 'etrusca Spina was a city d 'water with wooden houses. It was anch 'it an adriatic commercial port, a place of connection between l 'interior padano and the Mediterranean world. It was so important to enjoy, at the moment of its greatest splendor, the consideration of the consideration of the Greeks as if it were Greek cities itself. While the large necropolis of Valle Trebba was detected in 1922, the urban center of Spina was found by archaeologists only in 1957, during the excavation of the Mezzano Collector, on a Valle Lepri-like. It is in fact says that this settlement says only a part of a much more humiliated and articulated city. L 'An urban plant appears with a vaguely triangular shape. It was placed on the right bank of the 'Old Po in a backward position of a few kilometers compared to the river 's landlocked, as for many other Etruscan ports. Rivers and canals connected it to the landlords and towns and cities, including Felsina, the Etruscan Bologna. From the excavations and prospections (of the Superintendency and the Universities of Zurich and Southampton) it can be performed that l ', citizen plant was strictly planned, based on a lattice of insulates, canals and metabolism orthogonal roads. A main axis ran all over the urban centre in the north-east /south southwest direction, with the particularity that instead of being a road was a kind of "big canal." They crossed it to the right and left, at regular distances, other perpendicular channels. The blocks were reinforced by palified banks, which are very similar to today 's still visible in our Vales. A structure so neatly denotes the presence of an 'authority capable of founding (or refounding) and planning an 'whole city. The same thing finds itself in Marzabotto and in the "new" areas of Felsina. These are contemporary urban issues of the 6th century BC. There are also traces of foundation rituals to the "Etruscan manner", such as the pebble that it reports engraved in etrusco "mi tular", which means "I am the border". The houses were entirely gorgeous in wood, given l 'abundance of this material in area and l 'absence of machinable stone, but also for the need to carry out light constructions on very much earthquake-prone terrain. They were mostly built with a carving of wooden beams and the walls bufferings were made with carved huts gratices. The roof finally says of a thick layer of swampy huts. The terracotta tables, which were found in large numbers in the excavations, were likely to be used to cover the hoop of the houses.

Where it is Reproduction Village Etrusco-City of Spine

DDPER01 Comacchio and the Valli

DDPER06 From Comacchio to Ravenna