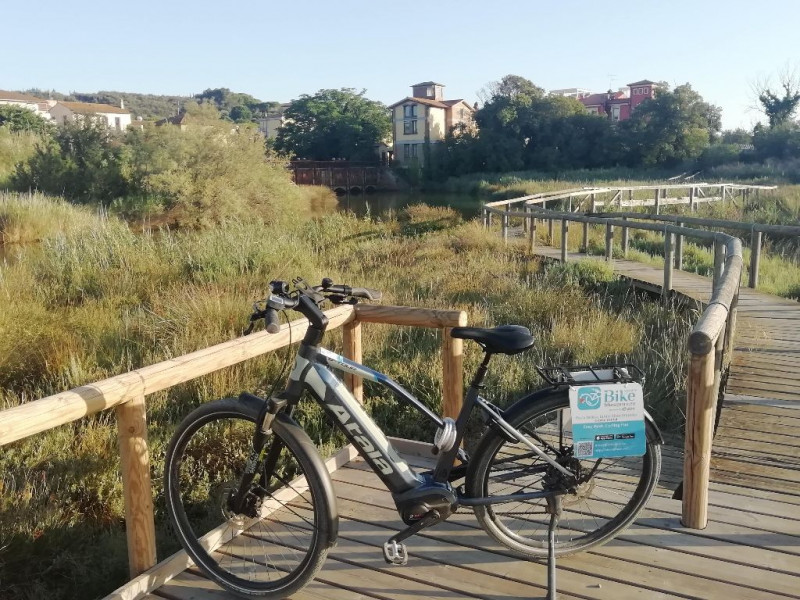 It is one of the smallest and yet the most interesting museums in Scarlino. Once you leave our e-bike rental point in Maremma, after a few kilometers, a small building marks the beginning of the cycle path that runs along the coast. Former hydraulic toll booth, since 2009 it hosts the MAPS or the Archaeological Museum of Portus Scabris, the ancient name of the port of Scarlino. The typical landscape of Maremma that unfolds before our eyes, as we comfortably travel the cycle path on our e-bike, centuries before Christ was a coastal lake that communicated with the sea right where today there is the new marina of Scarlino. In Etruscan times ships carrying large loads of hematite (the mineral from which iron is obtained), coming from the island of Elba, docked in this corner of Maremma where later local artisans worked it in steel furnaces powered by the abundant timber from the nearby woods. In Roman times the intense traffic of ships, which found a safe shelter from the winds in this inlet of the Gulf of Follonica, docked in the port of Scarlino loaded with agriculture’s product such as wine, oil, and the delicious fish sauce all for wealthy roman aristocracy families that sets their most elegant villas along the coast and in countryside of Maremma. The products were transported in precious amphorae masterfully crammed aboard the ships. Often accidents and technical problems required the lightening of the ship’s cargo so that the crew threw part of it overboard. Even the most serious accidents, such as the sinking of a freighter with all of her cargo, were not so infrequent. The construction works of the new port of Scarlino at the beginning of the millennium allowed archaeologists, thanks to refined underwater archeology techniques, to find and catalog many of these artifacts from the past now exhibited in the small museum. In six rooms, on two floors, it is possible to observe various types of amphorae used for the transport of foodstuffs, their storage system on board, the tools used by the sailors on the ships, the cargo of a shipwreck occurred in the ancient port of Scarlino and much more. Furthermore, on the second floor of the building, an enjoyable setting allows a panoramic view of the typical landscape of this corner of Maremma, what the locals call “il Padule di Scarlino”. Over the centuries, the exploitation of the ancient lake gradually led to its swamping. In modern times, deep reclamation works, which lasted until the last century, have transformed the landscape into a very fertile plain rich in biodiversity and a true birdwatching paradise with almost 190 different species of birds that lives and nests here. A stop with our ebikes will allow you to immerse yourself in this wonderful corner of Maremma before continuing your ride following the itineraries on our Bikesquare APP.